According to the Commission, the settlement will resolve allegations that Cybex failed to immediately report that its Arm Curl and Smith Press Machines contained a defect or created an unreasonable risk of serious injury.

The Killino Firm’s Exercise Injury Lawyers believe the victims of defective exercise machines and equipment deserve compensation for their pain and suffering. If you or a loved one were hurt while working out, and you believe a faulty product was to blame, please call our law firm toll-free at 877-875-2927 to speak with an attorney and learn more about your legal rights. 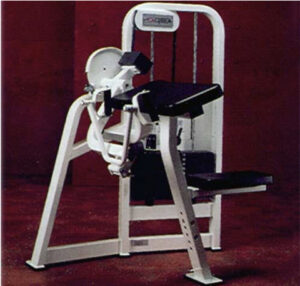 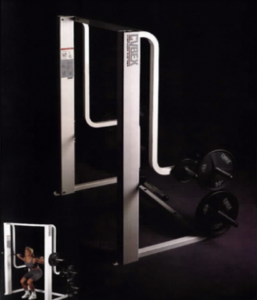 The CPSC alleged that Cybex had information that a weld on the Arm Curl Machines could fatigue and fail, causing the handle to separate unexpectedly and strike the user in the face. Cybex received 85 reports of broken handles, including several that resulted in serious injuries. One victim experienced permanent vision loss.

In addition to paying a $7.95 million civil penalty, the company agreed to maintain an enhanced compliance program to ensure adherence to the Consumer Product Safety Act. Cybex will also maintain a related system of internal controls and procedures to ensure that information required to be disclosed to the CPSC is recorded, processed, and reported in accordance with applicable law.

Since the Arm Curl and Smith Press machines were recalled, Cybex has come under new ownership. According to the CPSC, the settlement does not constitute an admission of wrongdoing on the company’s part.

This is the second time the CPSC has levied a rare civil penalty against a defective product manufacturer this year.

In January, Walter Kidde Portable Equipment Inc. entered into a consent decree with the CPSC and agreed to pay a $12 million civil penalty to resolve allegations that it had failed to timely report safety problems with certain fire extinguishers recalled in 2015 and 2017. Like the Cybex settlement, the agreement also requires Kidde to maintain internal controls and procedures designed to ensure timely, complete, and accurate reporting to the CPSC.

These recent developments have led to speculation that the CPSC plans to ramp up enforcement during the Biden presidency. While that’s likely to mean more recalls and civil penalties in the future, observers also expect that the Biden-era Commission will favor more mandatory safety standards, especially for children and baby products. The CPSC had exhibited a strong preference for voluntary standards during the previous administration.

Our Defective Products Lawyers have the resources and experience to ensure the victims of preventable injuries and wrongful death receive the compensation they deserve.  If you or a loved one suffered an injury while using either of the recalled Cybex exercise machines, and you’d like to speak with an attorney, please do not hesitate to contact the Killino Law Firm at 1-877-875-2927.