When a trucking company negligently screens, hires, trains, and/or supervises the driver of a commercial motor vehicle (CMV), the company may be found directly liable for truck accident injuries and deaths caused by the driver’s negligence or other actionable behavior. The legal theory upon which such direct liability is generally based is known as negligent entrustment. Negligent entrustment, in simple terms, is the knowing or negligent giving of permission to operate a thing (such as a truck or other motor vehicle) or to engage in an activity (such as the activity of commercial trucking) to someone who is unqualified or incompetent to safely use the thing or to safely engage in the activity. 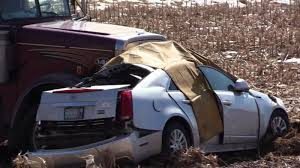 The law of negligent entrustment is based on the Restatement (Second) of Torts, section 308, which provides as follows:

“It is negligence to permit a third person to use a thing or to engage in an activity which is under the control of the actor, if the actor knows or reasonably should know that such person intends or is likely to use the thing or to conduct himself in the activity in such a manner as to create an unreasonable risk of harm to others.”

In each of these examples, the owner of the car, who had control over the other person’s use of the car and who could have denied that person permission to use it, allowed the person to use it while knowing of circumstances that would make it likely that the person’s use of the car would endanger the safety of others. In other words, the owner negligently entrusted the use of his car to someone he knew or should have known was likely to operate it in an unsafe manner and negligently entrusted the incompetent driver with the activity of driving.

Negligent entrustment can be demonstrated in such cases through evidence of a driver’s poor driving record, past accidents, history of safety violations, alcohol and drug use, and evidence that a trucking company failed to use proper care to acquire such records before hiring or dispatching a driver or that the company hired or dispatched a driver despite having acquired such records. Negligent entrustment can also be established in cases in which drivers have been adequately screened and hired but improperly trained and/or supervised. This can be shown through evidence of a company’s failure to follow FMCSR related to driver training, failure to institute yearly driver tests, failure to monitor driver performance, violations, and accidents, and failure to revoke driving privileges of drivers who violate regulations or are otherwise demonstrated to be incompetent.

Negligent entrustment is one of the most common claims made against trucking companies in truck-accident cases. The truck-injury lawyers at The Truck Injury Firm have a great deal of experience holding trucking companies liable for truck-accident victims’ injuries and deaths caused by companies’ negligent entrustment of incompetent, untrained, unqualified, or otherwise inadequate or dangerous drivers with trucks or the activity of commercial trucking. Our attorneys are highly skilled at ferreting out the truth about drivers’ prior employment incidents, past violations and accidents, alcohol and controlled substance misuse, the failure of trucking companies to obtain this information themselves or to heed its warnings when the information has been obtained, and companies’ attempts to hide or misstate records of screening, employment, and training. You can confidently rely on truck accident lawyers at the Killino Firm to skillfully and aggressively handle your negligent entrustment or other truck-injury case.