During warm-weather months, both children and adults spend more time riding bikes, and many of them engage in this popular activity on our nation’s streets and roads. Though bicyclists may create certain hazards for pedestrians and drivers of cars, bicyclists are at far greater risk of injury if they are hit by a car, bus, or truck while riding on a city street or even a less-traveled country road. According to the National Highway Traffic Safety Administration (NHTSA), 630 deaths and more than 51,000 injuries resulted from accidents between bikes and motor vehicles in 2009, alone. 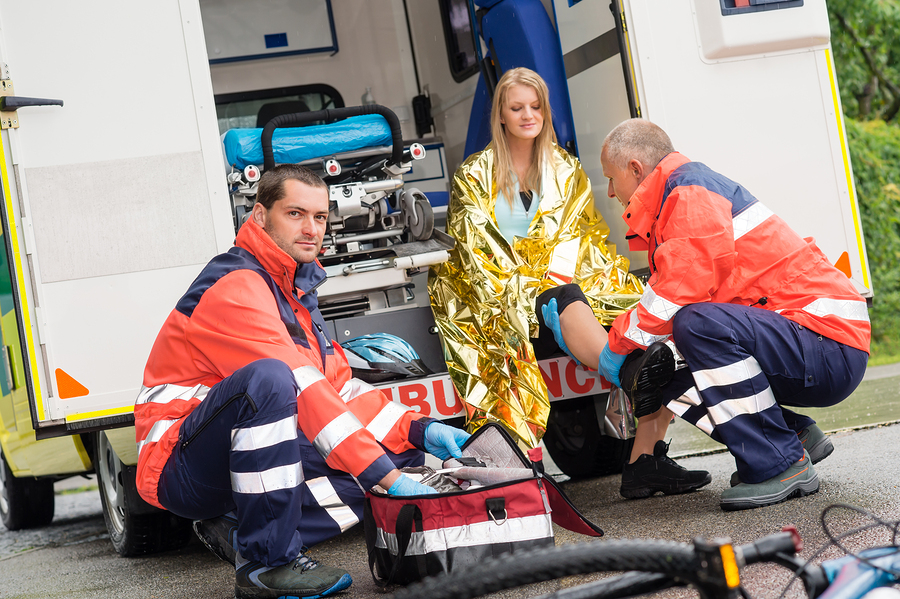 Though the summer of 2014 has only just begun, many injuries sustained by bicyclists who have been hit by cars have already been reported in cities and towns across the country. In Wisconsin, a teenager sustained critical injuries after being struck by a car while he was riding his bike through an intersection. A Florida man in his sixties was riding in an annual organized bike ride when he was struck and injured by a car, and another adult male was killed in Pennsylvania as a result of being hit by a car. Both drivers and cyclists are well-advised to obey the rules of the road, to keep a continual watch on each other, and to take all possible precautions against these collisions, as either can be held responsible for injuries caused by such accidents.

Legal Liability for Injuries Caused by Accidents between Cars and Bikes

Who is responsible for accidents between bikes and cars? In many cases, the bicyclist may be the only one at fault. In others, the negligence of both the bicyclist and the driver of a car involved in a bike-car collision may have contributed to the accident and resulting injuries. Sometimes, only the driver of the car is at fault and a bicyclist is injured or killed in an accident that could have been avoided if the driver had taken care to watch out for bicycles as well as other vehicles on the road.

Liability of Driver of Car or Other Vehicle

According to studies conducted by a number of public safety groups, drivers of cars and other vehicles are more often found to have been at fault for bike-vehicle collisions, particularly when bicyclists were struck from behind or not given the right of way by a motorist. Motorists are required to keep a careful lookout for bikes as well as other motorists and to follow the rules of the road related to bike-vehicle safety. When a driver fails to take such precautions and a bike rider is injured or killed, the driver may be found liable for the cyclist’s injuries. A driver’s violation of any of the applicable traffic rules and codes may be considered to constitute negligence per se on the part of the driver in a negligence action brought to recover compensation for injuries sustained by a bicyclist in an accident between a motor vehicle and a bike or in a wrongful-death action brought by the bicyclist’s survivors.

Most accidents between motor vehicles and bikes occur when the car and bike collide at an intersection, and many of these result when the driver of the car failed to give the bicyclist the right of way. If a driver is found to have entered the intersection in which a collision with a bike occurs in violation of traffic signals or signs, or of rules relating to unmarked intersections, the driver may be found liable in a negligence action for the injuries sustained by the bike rider as a result of the collision.

A driver may also be found to have been negligent by, for example, speeding, driving while under the influence of alcohol or drugs, driving without lights when the use of lights is required, or failing to signal before turning or changing lanes. If any such violation is determined to have been a cause of the collision between a car and a bike, the driver may be found liable in an action for negligence for the bike rider’s injuries.

Under the laws of most states, bicycles are considered “vehicles” and are subject to the same vehicle code and traffic safety rules as cars, trucks, motorcycles, buses, and other motor vehicles. A bicyclist’s violation of any of these rules may, therefore, be found to constitute negligence per se by the cyclist. Under the laws of comparative negligence or shared fault of the jurisdiction in which an accident occurs, the bicyclist’s own negligence will be relevant to his or her recovery for injuries sustained in a vehicle-bike collision.

In some jurisdictions, for example, a bicyclist’s failure to come to a full stop at a stop sign or traffic signal may constitute a complete bar to recovery by the cyclist for any injuries sustained in a collision that occurs between the bike and a car following the bicyclist’s failure to stop. This bar to recovery may apply in some states even if the driver of the car or other vehicle involved in the accident is shown to have also been negligent in causing the accident.