The recent airplane crash that resulted in the death of seven, including well-known businessman and philanthropist Lewis Katz, may have been caused by pilot error, according to preliminary reports by the National Transportation Safety Board (NTSB). The NTSB’s investigation, which includes inspection of the plane’s flight-data recorder, is reported to have revealed no evidence that routine flap and rudder checks were performed by either of the two pilots before their attempted takeoff. The tail flaps were reportedly found to have been in a position that prevented takeoff when the plane reached the end of the runway, resulting in the plane’s ground crash into an off-runway gulley, where it burst into flames. 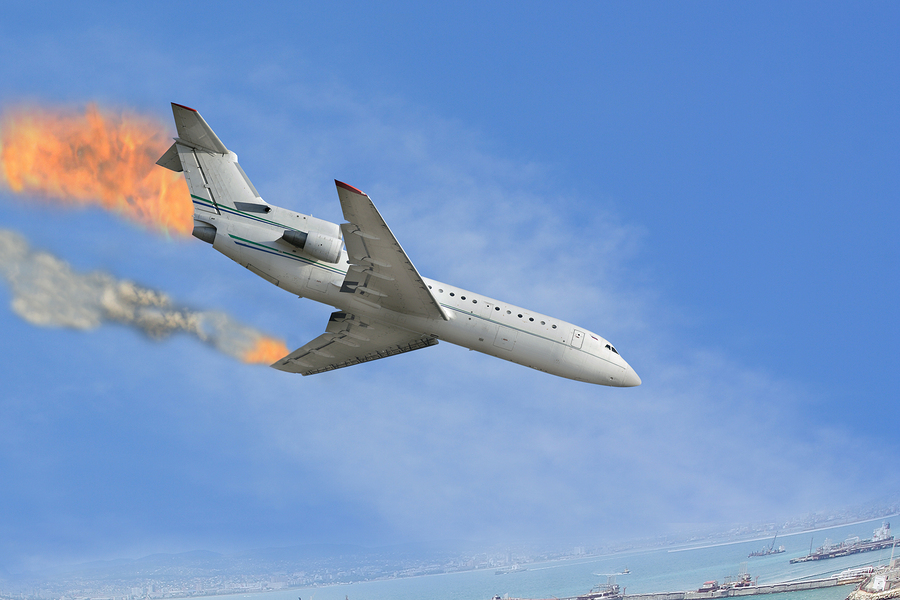 Black-box data also reveal that the plane’s gust locks were in an off position despite the down position of the tail flaps. Questions have been raised regarding the proper functioning of gust-lock safety features that were designed to deploy and prevent the plane from reaching the speed at which it was traveling at the time the accident occurred, as well.

Personal-injury suits that arise out of airplane crashes involve extremely complex issues of causation and liability. Injuries sustained in airplane crashes may result in liability on the part of multiple individuals or entities, while the causes of such crashes may generally be determined only after months of intensive investigation by experts in the field of aircraft malfunctions and crashes as well as pilot and crew responsibilities.

The Killino Firm’s accident lawyers, personal-injury lawyers, wrongful-death lawyers, and brain-injury lawyers have extensive experience with cases involving all types of accidents, including airplane crashes. The firm’s team of lawyers work alongside experts knowledgeable in all aspects of these cases to see that you receive the compensation to which you are entitled for the injuries you have sustained.

Airplane crashes may result in liability on the part of the owner of the airplane involved in the crash; the operator of the plane; the manufacturer or designer of the plane; the owner of an airport; air-traffic controllers; those responsible for the maintenance of planes, airport runways, and airport equipment; and others. In some cases, multiple causes, such as mechanical failures and crew negligence, may contribute to the occurrence of a crash, resulting in liability on the part of all those responsible for the crash’s proximate cause.

Liability of Aircraft Owners for Injuries Sustained in a Crash

Some states have enacted statutes specifically holding the owners of airplanes vicariously liable for injuries caused by the aircraft’s negligent operation when the owner has given the operator permission to operate the aircraft, though such statutes may impose a cap on the damages that may be obtained from such aircraft owners.

Liability of Owner for Negligent Maintenance

All aircraft owners are required to keep an aircraft in compliance with Airworthiness Directives issued by the Federal Aviation Administration (FAA). The violation of such directives by an aircraft owner may be determined to constitute negligence per se on the part of the owner in an action for personal injuries sustained as a result of an airplane crash.

Liability of Pilots and Crew

The pilots and crew of an airplane may be found liable for the injuries sustained in the airplane’s crash if the negligence of the pilots and/or crew is determined to have been a cause of the crash.

As is true with respect to the crash that resulted in the death of Lewis Katz and six others, pilot error or negligence may be a suspected cause of a crash. Federal Aviation Regulations prescribe specific preflight checks, for example, which must be performed to avoid a finding of negligence per se on the part of pilots or crew responsible for such pre-flight checks. The failure of a pilot or crew member to comply with such federal regulations may result in direct liability of such pilots and crew members for injuries sustained in a crash that is determined to have resulted from such noncompliance.

Depending upon the circumstances of a particular crash, the employer of pilots or crew members of planes that have crashed may also be directly or vicariously liable for injuries sustained in the crash. When a pilot and crew are employed by an individual or entity, the employer may be held vicariously liable for the negligence of the pilot and crew if such negligence occurred in the scope of their employment. An employer may also be held directly liable for the employee’s negligence and resulting injuries if it is determined that the employer was negligent in screening, hiring, training, and/or retaining the pilot or crew or that the employer was negligent in permitting the operation of the plane with knowledge or reasonable suspicion that the plane was defective or likely to malfunction.

If you or a loved one has been injured or died as a result of an airplane crash or other accident, the Killino Firm’s highly-regarded accident attorneys, personal-injury attorneys, wrongful-death attorneys, and brain-injury attorneys will aggressively fight to obtain the compensation to which you are entitled for your injuries or your loved one’s death.